We, Tokushima Brothers, enjoy hunting autumn leaves at Mt. Tsurugi at our own pace without worrying about rain or fog. I had reached the summit when I noticed it, but when I came here, the temperature gradually dropped. A stronger wind began to blow, and the trials from Kenzan began to be given.

But that is not enough to stop us.

Besides enjoying the autumn leaves, we have been very much looking forward to it.

This is a ritual that I definitely don't want to give up. In fact, I stopped at a convenience store on the way to Mt. Tsurugi, but the "Shio Musubi" was sold out . It can't be helped, so it's our formal beauty that is so thorough that you can buy it through a convenience store.

Aside from that, just right, there was no one but us on the summit. In other words, we were able to completely monopolize the highest space in Tokushima Prefecture . Somewhat bad weather is not a big deal.

We are for the time being Jiro old (Jiro cattle) were encamped a bench overlooking is.

Exploring and shooting while getting wet in the rain for about an hour, "I will" at the top. The moment I included a bite, "Wow, ume!" The voice is no longer reflexive. Pavlov's dog is that guy. I'm a salt musubi.

I and Mar have a good meal. In order to fully enjoy the second half of the game, I decided to recover my energy.

Sip the hot tea that Mar brought to me even though he was heavy . The body that has cooled from the core warms up in an instant. This is the best cup.

Originally, I have a poor vocabulary and I don't really understand the taste, but I don't think there are any words that describe the goodness of "salt musubi at the summit" and "hot tea ." However, let's just write that it is good that anyone can understand if you actually experience it.

※Kenzan＝Tsurugi mountain this time I had the opportunity to seriously go crazy for the first time in ...

Is it the 5th article if you notice it? I pulled it a lot, Yamainudake article. On the downhill ...

Uramino Falls I learned that there is a spot where you can see the waterfall from the back. I wanted ...

It is a story of going to "Yamainudake" in Kamikatsu-cho, a famous place wh ... 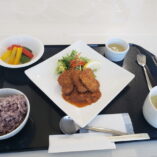 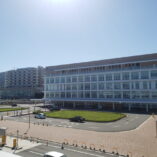 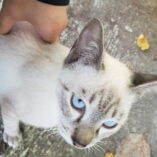 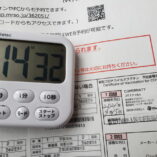 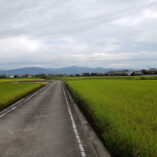