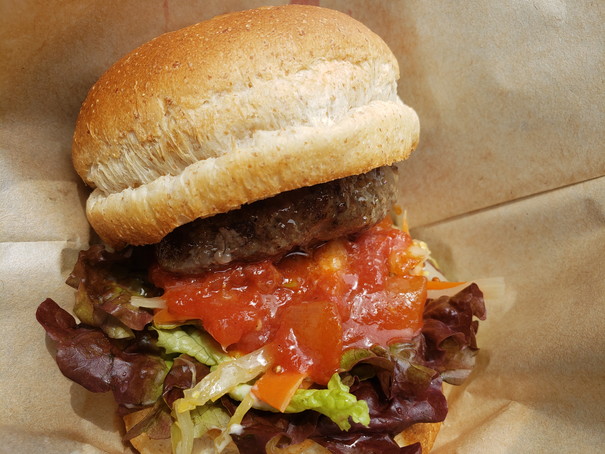 When we were filming and interviewing at the Oboke Yokai Yashiki (Specter House) Roadside Station, there was a store in the same roadside station that we thought we would like to introduce, so we asked the owner of the store to come and interview the owner. (By the way, we were very careful not to interfere with their business.)

Here is that store.

I'm sure there are many Tokushima residents who know about this place because it was featured in the Tokushima Shimbun.

As the name of the restaurant suggests, it is "a cafe where you can enjoy gibier.

As soon as I entered the restaurant, I spoke to the woman who was cleaning up in front of me. I asked her for permission to photograph and interview her.

I followed him to the front of the counter and saw a man cooking in the kitchen with a serious expression on his face. After the man finished cooking, he came up to me after hearing what the woman had to say.

He is Mr. Yokogawa, the representative of the company.

When I explained the situation, he readily agreed.

Mr.Yokokawa told me that the gibier at Cafe & Gibier is "gibier that even those who are not comfortable with gibier can eat.

I am talking about my image of gibier, but I think gibier is an ingredient that really reveals the skill of the person who processes the meat and the person who cooks it. I believe that unless these two people work together, it is impossible to enjoy a truly delicious gibier. 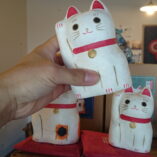 [Naruto]A must-see for cat lovers, a story about being surrounded by cat goods at Shirokedo Nostalgic and going all out to be a cat.

There is a general store about cats called "European and Japanese goods store Shironekodo Nostalgic" (hereinafter called "Shironekodo"). If you are a cat lover, you may already know about it. I was in a run-run good mood and headed for the "Shironekodo nostalgic. Let me say this at the outset. The owner of "Shirokedo" is very friendly. He talks about all kinds of things. So, feel free to stop by. 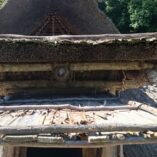 Udatsu, a beautiful townscape born out of the vanity and elegance of wealthy merchants

In Wakimachi, Mima City, there is a place called "Udatsu no Machinami. I heard it is a rather famous spot, but I didn't even know it existed until I went there for work when I was 23 years old. A beautiful townscape born of the vanity and elegance of wealthy merchants I had heard that it was going to be quite hot that day (July 15), so I thought, "Well, why don't we go early in the morning so we can get a good look?" So I headed for Wakimachi from 4:00 in the morning for a drive. It's a ... 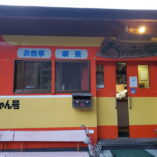